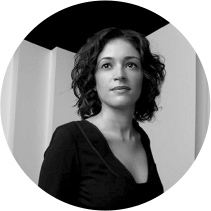 “I would rather learn from one bird how to sing than to teach ten thousand stars how not to dance.” –E.E. Cummings.

Deborah Adler is a designer, entrepreneur and mother of two. Her work is guided by the belief that meaningful innovation requires a deep understanding of the people who will use what she creates and the changing world that surrounds them. Prior to launching her firm, Adler partnered with Target to develop the ClearRx prescription packaging system, which now makes it easier for millions of patients to take their medication. Since then, she’s taken on challenges that range from tackling the leading cause of hospital-acquired infections to re-imagining baby bottles as playful objects that connect with children. Always at the core of her work is the understanding that design can make a positive difference in people’s lives. She believes that empathy is the most important ingredient in great design and that a change in behavior is the most important outcome.

Adler worked closely with Milton Glaser for five years as his senior designer. She has been featured in New York Magazine, Glamour and NBC Nightly News, and CBS Sunday Morning. Her work is in the permanent collection at the Museum of Modern Art (MoMA) and has been shown at the Cooper Hewitt as part of the National Design Triennial and as a solo exhibition From Master’s Thesis to Medicine Cabinet. Adler received her Master of Fine Arts in Design from The School of Visual Arts in 2002. She currently serves on the AIGA National Board of Directors.

Curious about the studio? check out our Q&A.